In an advance unedited report, UN Secretary-General Ban Ki-moon provides proposals on a global follow-up and review system applicable to the 2030 Agenda for Sustainable Development.

Drawing from questionnaire responses from 119 Member States and from views provided by UN system organizations, Major Groups and other stakeholders, the report suggests ways to "fully use the potential" of the High-Level Political Forum on Sustainable Development (HLPF) "as the central follow-up and review platform." 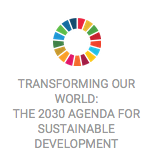 21 January 2016: In an advance unedited report, UN Secretary-General Ban Ki-moon provides proposals on a global follow-up and review system applicable to the 2030 Agenda for Sustainable Development. Drawing from questionnaire responses from 119 Member States and from views provided by UN system organizations, Major Groups and other stakeholders, the report suggests ways to “fully use the potential” of the High-Level Political Forum on Sustainable Development (HLPF) “as the central follow-up and review platform.”

The report, titled ‘Critical Milestones Towards Coherent, Efficient and Inclusive Follow-Up and Review at the Global Level,’ was mandated in paragraph 90 of the 2030 Agenda, and serves as an input to the UN General Assembly’s (UNGA) consideration of follow-up and review of the Agenda. According to the UN Secretariat, the report will be issued shortly as an official UNGA document, available on the UN Sustainable Development Knowledge Platform.

The report includes sections on: supporting national implementation; working coherently with existing institutions; assessments by non-UN organizations; ensuring the inclusiveness of global reviews, and high quality data to support the reviews; ensuring the ambition and impact of HLPF Voluntary National Reviews; annual theme of the HLPF and sequence of thematic reviews over a four-year cycle; link between the annual theme of the HLPF and the theme of the Economic and Social Council (ECOSOC); reporting by Major Groups, other stakeholders and partnerships; and milestones and way forward.

According to the report, the annual session of the HLPF could include four parts: review of overall progress towards the Sustainable Development Goals (SDGs); review of progress in specific areas (thematic reviews); review of Goal 17 (Strengthen the means of implementation and revitalize the global partnership for sustainable development) and other inputs on implementing the Addis Ababa Action Agenda (AAAA); and new and emerging issues and looking to the long term.

On outcomes of the HLPF session, the report proposes that in addition to broad elements provided by a HLPF Ministerial Declaration, an HLPF Summary by the ECOSOC President could capture in greater detail the conclusions and possible recommendations emanating from the reviews, and possible commitments with regard to means of implementation (MOI) and partnerships.

On the sequence of thematic reviews over the four-year period in which the HLPF meets under ECOSOC, the report suggests two options to review the SDGs. By the first option, in any given year, a comprehensive review of all the SDGs would be carried out through the lens of the HLPF theme for that year. By the second option, the HLPF could look not only at all 17 Goals through the lens of the theme for that year, but could also carry out an in-depth Goal-by-Goal review of a few SDGs, covering all SDGs within four years. Under both options, SDG 17 (Partnerships for the Goals) would be addressed every year.

The report states that the HLPF meetings under the UNGA, which should be attended by Heads of State and Government, should: review progress in implementing the entire Agenda “in a holistic and integrated way,” and give political impetus at the highest level to “policies and cooperation” to accelerate progress and bridge gaps. Those meetings should also allow for recommitting to the Agenda, provide direction on how to mobilize the necessary means of implementation overall, and determine any need for adjustment to ensure that the Agenda remains relevant and ambitious, the report notes.

The report suggests that a forum for countries in special situations, including the small island developing States (SIDS), least developed countries (LDCs) and Landlocked Developing Countries (LLDCs), could be held immediately prior to the HLPF to review the implications of SDG progress for the “action agendas” on those countries, and this could constitute part of ECOSOC’s Integration segment.

On the way forward, the report highlights recommendations that could help the UNGA in discussing further steps related to follow-up and review. Among these, it suggests that the UNGA take a decision on the themes for the meetings of the HLPF under the auspices of ECOSOC in 2017, 2018 and 2019, leading to a “holistic review of progress” in implementing the Agenda at the meeting of the HLPF under the auspices of the UNGA in 2019, as well as a decision on the thematic reviews for the same period.​