The year 2016 is of paramount importance for urban sustainability. 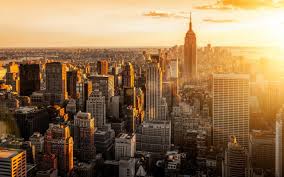 The year 2016 is of paramount importance for urban sustainability. In October, the UN Conference on Housing and Sustainable Urban Development (Habitat III) will convene in Quito, Ecuador, immediately after the World Summit of Local and Regional Leaders concludes in Bogotá, Colombia. Given the long interval between Habitat conferences – the first Habitat conference took place in Vancouver in 1976, and Habitat II convened in Istanbul 20 years later – this year’s meeting offers a rare opportunity to shape the urban development agenda for coming decades. Habitat III is also the first global conference on urban issues following the adoption of the 2030 Agenda for Sustainable Development and the Sustainable Development Goals (SDGs) in 2015, which includes SDG 11 on Sustainable Cities and Human Settlements.

Local authorities and national governments in particular have a strong interest in molding the framework document to be adopted at the Conference. Delegates at Habitat III are expected to endorse the New Urban Agenda, a non-legally binding framework, being developed through a consultative process, that will guide urban sustainable development for 20 years. One issue under discussion is the “right to the city,” an umbrella term that encompasses political power relationships, land appropriation and social justice within the context of globalized “world cities” that are undergoing rapid transformation. This policy update reviews the debates on the Right to the City, its history, and its role in sustainable development policy making going forward.

The Rationale behind the Right to the City Approach

The concept of the Right to the City originates within the human rights agenda and gained force with the creation of the Global Platform for the Right to the City, a civil society initiative established at the International Meeting on the Right to the City, in São Paulo, Brazil, in November 2014. From the perspective of this initiative, the Right to the City means the “right of all inhabitants, present and future, permanent and temporary to use, occupy and produce just, inclusive and sustainable cities, defined as a common good essential to a full and decent life.” Advocates of this notion highlight, in particular, that since Habitat II, little effort has been made to ensure that cities: are democratically managed; sufficiently implement the existing human right to adequate housing; and sufficiently address the relationship between urban and rural areas in a holistic manner. Their concerns focus on existing urban development models that, they argue, accentuate social exclusion and environmental degradation, as well as heighten undemocratic decision-making.

Although the Right to the City is a fuzzy concept, it has been articulated at multiple international conferences and relates to the idea that as global integration progresses and cities are reorganized as hubs for capital, it is often the most vulnerable populations that suffer. While social and economic inequality results from a complex set of factors, the Right to the City recalls the need to maximize the participation of city dwellers in local governance to avoid further marginalization. For advocates of the Right to the City, access is crucial, as gentrification, increasing density, economic shifts and the physical restructuring of cities all have the potential to exacerbate inequality, one result being that long-time residents can be forced out of the city core. Proponents underscore the centrality of thinking about land tenure and urban land use within the Right to the City concept, and routinely note that urbanization is a fractious process that creates tension among different groups inhabiting cities.

The United Cities and Local Governments (UCLG) Committee on Social Inclusion, Participatory Democracy and Human Rights has encouraged debate, exchange of experience and policy guidelines regarding the Right to the City, notably in its work drafting the Global Charter-Agenda for Human Rights in the City. The Global Charter-Agenda was provisionally adopted in 2011 at the UCLG’s World Council, and it includes an action plan for making cities more democratic and solidarity-based through dialogue with citizens.

Local and regional governments as well as some Latin American and European countries have supported the inclusion of the Right to the City concept in the New Urban Agenda. They have argued that the concept provides a way to answer the call of communities to be part of decision making and to bridge the growing detachment between citizens and their institutions. Examples of Right to the City concepts being included in policy making come from places like Belgium, Kenya and New Zealand, where community land trusts were created to democratically manage and administer urban zones. Colombia implemented legislation to redistribute “socially created land value,” and Brazil has created the 2001 City Statute, a development law regulating urban policy and ensuring that the Right to the City has legal value.

The concept also has been supported by a series of international documents released since the year 2000, including the:

These documents seek to enshrine commitments to an urban society based on solidarity, freedom, dignity, equity and social justice. The Global Taskforce of Local and Regional Governments, which has coordinated stakeholder inputs to the Habitat III negotiation process, also has supported linking the New Urban Agenda, the 2030 Agenda on Sustainable Development and the Paris Agreement on climate change. They hope to reinforce the relationship between SDG 11 and its financing and monitoring. They believe this harmonization of recommendations and commitments will be useful to local governments and enable them to develop integrated implementation strategies.

Bogotá: The World Summit Seeks to Build Momentum for Right to the City

Whether the Right to the City will be referenced in the New Urban Agenda is still an open question. At the end of July 2016, before Quito, negotiators will gather for a preparatory meeting in Surabaya, Indonesia, where debate on defining the concept is expected. In addition, the Right to the City will be one of the key themes at the World Summit of Local and Regional Leaders in Bogotá, convening just prior to Quito. The World Summit convenes under the theme, ‘Local Voices for a Better World,’ and will explore the structural changes required to approach urban development in more democratic and inclusive ways. It will include a policy dialogue on ‘The Right to the City at the Heart of the Urban Agenda,’ and it will host two permanent working platforms, one of which will be dedicated to the Right to the City, allowing stakeholders to discuss the concrete implementation of such concept. This Summit represents another important opportunity for local and regional governments to add pressure to negotiators to include the concept in the New Urban Agenda and to consolidate their own positions on the Right to the City, clarify the concept, and build momentum.

“Right to the city: can this growing social movement win over city officials?” (2016) https://www.theguardian.com/cities/2016/apr/19/right-city-social-movement-transforming-urban-space